WORLD5 : "Pop-Rock with a global influence"

WORLD5 started with five close friends who were professional musicians. Although life and personal projects put them in different locations around the globe, they kept alive the desires of making music together. Realizing that very long distances separate them physically but not musically, they used the power of the World Wide Web to shorten the physical distance. They recorded their first album "Global Experience" over 3 continents together, founding members were Raimund Breitfeld, Steffen Goeres, Don Bruner , Stephan Goessl and Roland Childs.
Grammy Award winners Pat Hunt and Randy Miller, who produced the bands first album,  joined the band replacing Don Bruner and Roland Childs december 2012. June 2013 brought the departure of saxophonist Stephan Goessl and the arrival of Texan guitarist Joe Gavito.  2016, Album Nr.2, "Heartbeat Of The World" was released on Spectra Music Group. 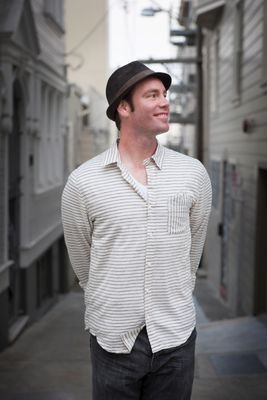 Lou Evans is a singer/songwriter based in the San Francisco Bay Area.  He played professional baseball in the Miami Marlins Minor League system from 2001-2005. In 2005, he decided to pursue his burgeoning music career. An American Idol Season 4 contestant, lately Lou has been performing and writing new music.

The past few years he has been given some great opportunities to shine by singing the National Anthem at a San Francisco Giants game and a Golden State Warriors games. When he sings, heads turn. WORLD5´s latest asset as the lead singer and as songwriter. 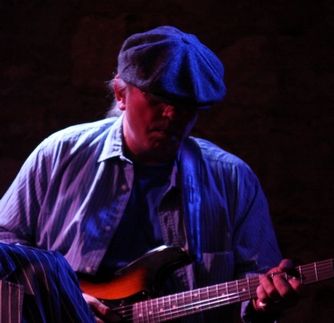 Joe is a proud, 9th generation Texan, and has been a professional guitarist for almost 40 years.

Starting out his musical life in San Antonio, Texas as a drummer all the way through college, guitar decidedly became his weapon of choice after being fired as the drummer and then rehired, as the lead guitarist when the band he was playing with heard him play guitar one night, during a rehearsal break. His fate was then secured.After touring with show-bands in the 70's and 80's, he landed up back in Houston  when he started playing with the band “Mason Dixon”.

This led to countless studio sessions at Mickey Gilley's studio.In 1991, after a 3-year stint in Nashville, working as a freelance musician and working for Gibson Guitars, Joe moved back to Texas to start a family. By 1995, Digital recording became a welcomed reality for this home studio enthusiast, and Randy Miller became his “go to” recording Guru. So now, the circuit was complete.

In addition to contributing electric guitars to WORLD5, Joe is producing Frank Martin Gilligan, and performs as a single artist in Southeast Texas.